Acid reflux is a common condition than affects around 40% of the adult population in Western societies. It is often caused by a range of underlying structural issues, but most commonly a hiatus hernia plays a significant role, as well as a dysfunction lower oesophageal sphincter.

A hiatus hernia occurs when the upper part of your stomach bulges through the large muscle separating your abdomen and chest (diaphragm).

Your diaphragm has a small opening (hiatus) through which your oesophagus passes before connecting to your stomach. In a hiatus hernia, the stomach pushes up through that opening and into your chest.

A small hiatus hernia usually doesn’t cause problems. You may never know you have one unless your doctor discovers it when checking for another condition.

But a large hiatus hernia can allow food and acid to back-up into your oesophagus, leading to heartburn. 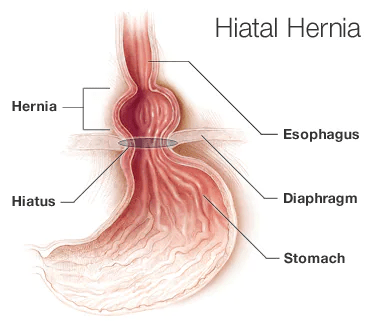 There are two main types of hiatus hernias: sliding and paraesophageal.

In a sliding hiatus hernia, your stomach and the lower part of your oesophagus slide up into your chest through the diaphragm. Most people with hiatus hernias have this type.

A paraesophageal hernia is more dangerous. Your oesophagus and stomach stay where they should be, but part of your stomach squeezes through the hiatus to sit next to your oesophagus. Your stomach can become squeezed and lose its blood supply.

The broad term used to define the set of conditions that arise from a hiatus hernia is common referred to as Gastro-oesophageal reflux disease (GORD).

What is Acid Reflux (GORD)?

Acid reflux is the result of stomach acid (often combined with bile) refluxing back into the oesophagous and typically causing a sensation known as “heartburn” (lower to mid-chest pain, burping and food regurgitation). Sometimes, patients may also complain of change of voice, swallowing or breathing difficulty, nausea, sore throat, night-time coughing or recurrent chest infection.

This disorder is also called gastro-oesophageal reflux disease (GORD) and is caused by a weakness of the circular lower oesophageal sphincter (LOS). The LOS is normally situated below the diaphragm and acts like a valve preventing stomach content from moving back into the oesophagus. When a hiatus hernia (HH) is present, the LOS is progressively displaced upwards into the chest, as the stomach bulges through a hole in the diaphragm. With time the HH increases in size thus exacerbating reflux symptoms, as the LOS becomes unable to fulfill its role as an anti-reflux flap valve mechanism. Additionally, certain factors such as obesity, pregnancy, smoking, alcohol, or food (chocolate, garlic, caffeine, spicy food, citrus) may impair even further its function thus aggravating GORD.

How is GORD diagnosed?

When considering GORD surgery, additional tests are performed to assess the severity of the disease and to discover any possible complications that might arise from surgery. 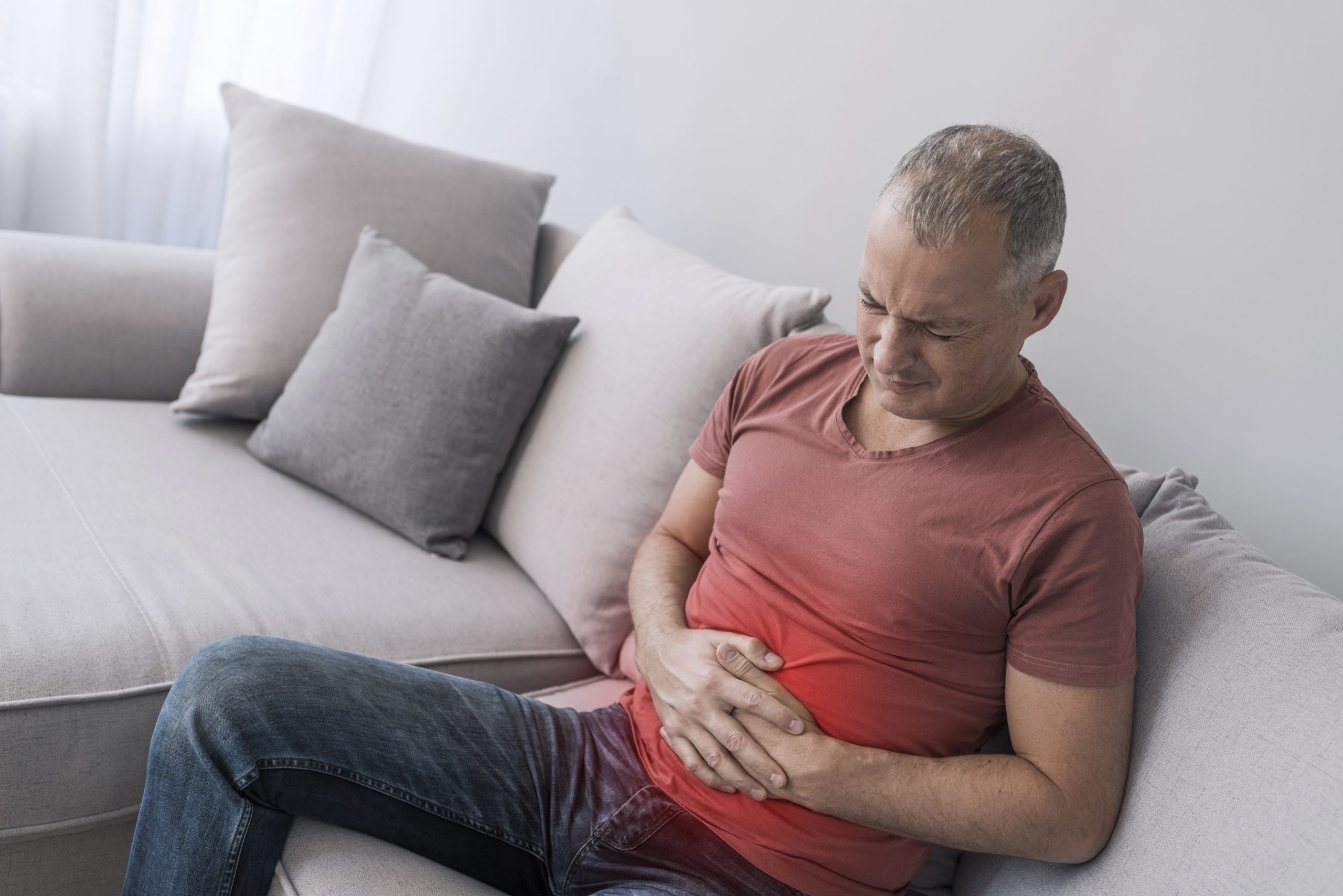 How is GORD treated?

Laparoscopic (keyhole) fundoplication is the operation of choice where all or part of the stomach is wrapped around the end of the oesophagous and Lower-eosophageal-sphyncter (LOS), and sutured into place.

How is anti-reflux surgery performed? 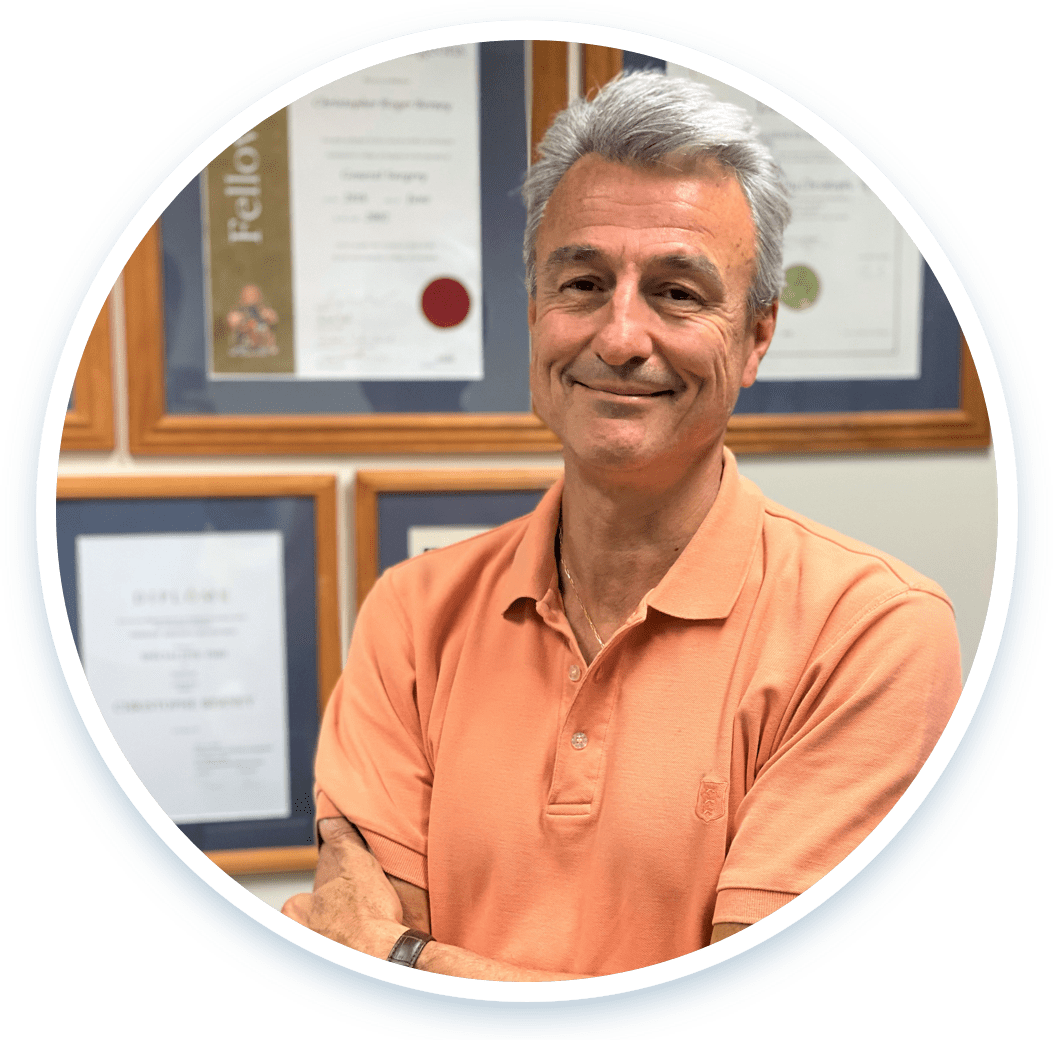 Prof Berney specialises in advanced laparoscopic (“keyhole”) surgery and is recognised for his considerable surgical research and high case volume in hernia surgery.

Prof Chris Berney completed his medical and surgical training in Switzerland before coming to Australia over 25+ years ago. He has dedicated his professional career to the research and development of many pioneering laparoscopic procedures, such as the use of mesh in hernia surgery, and now has one of the largest series of patients of any surgeons in Australia for this specific approach to hernia repair.

He consults in Hurstville and Bankstown and treats both Private and Public patients.